New In Focus Series: Eisenstein and His Contemporaries 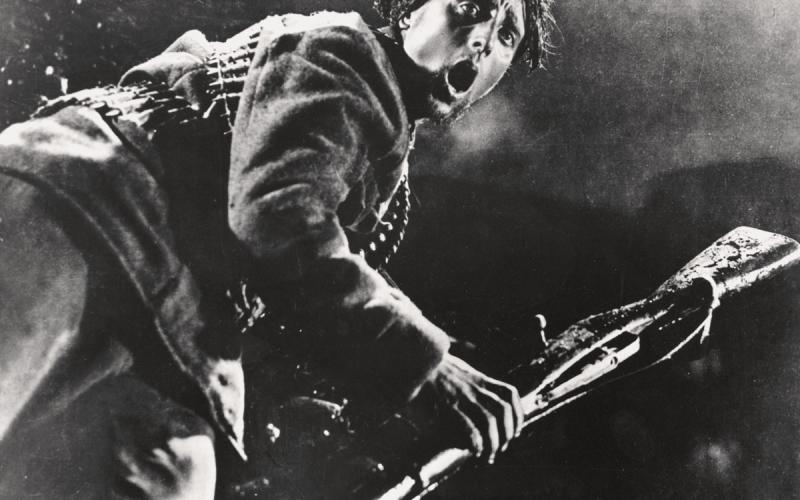 Still from October; screening on February 28 as part of In Focus: Eisenstein and His Contemporaries

DECEMBER 8, 2017—In 2018, BAMPFA invites you to “focus” on the work of one of cinema’s greatest directors: Sergei Eisenstein, a pioneering filmmaker who ranks among the most lauded figures in Russia’s cultural history. Through December 11, BAMPFA upper-level members can purchase advance tickets to In Focus: Eisenstein and His Contemporaries (January 17–April 25, 2018), a fourteen-week lecture/screening series led by UC Berkeley professor Anne Nesbet. Tickets are available for each program individually, so audiences can explore the entire series or choose a film or two. Ticket sales open to the public on December 12.

On Wednesday afternoons from 3:10 to 6:00 PM, Nesbet offers a series of illuminating programs examining Eisenstein’s life and works, as well as his enduring influence among a younger generation of Soviet-era directors. The series comprises some of Eisenstein’s best-known films—including Battleship Potemkin, Strike, and October—as well as rare works by his contemporaries in the Soviet film industry. Each program includes a film screening and a lecture by Nesbet, whose remarks explore the political and aesthetic debates that shaped the reception of Eisenstein’s work in the Soviet Union and the West.

In Focus: Eisenstein and His Contemporaries dovetails with BAMPFA’s retrospective Sergei Eisenstein: Films That Shook the World (February 9–April 22), scheduled on evenings and weekends. Both series offer an opportunity to see Eisenstein’s works in the best available prints and to understand why the impact of this quintessential Soviet filmmaker continues to be felt around the world today. Buy tickets.

BAMPFA members save $5 on every general admission film ticket. Join or renew your membership today!

Films in the series:

1.24
THE EXTRAORDINARY ADVENTURES OF MR. WEST IN THE LAND OF THE BOLSHEVIKS