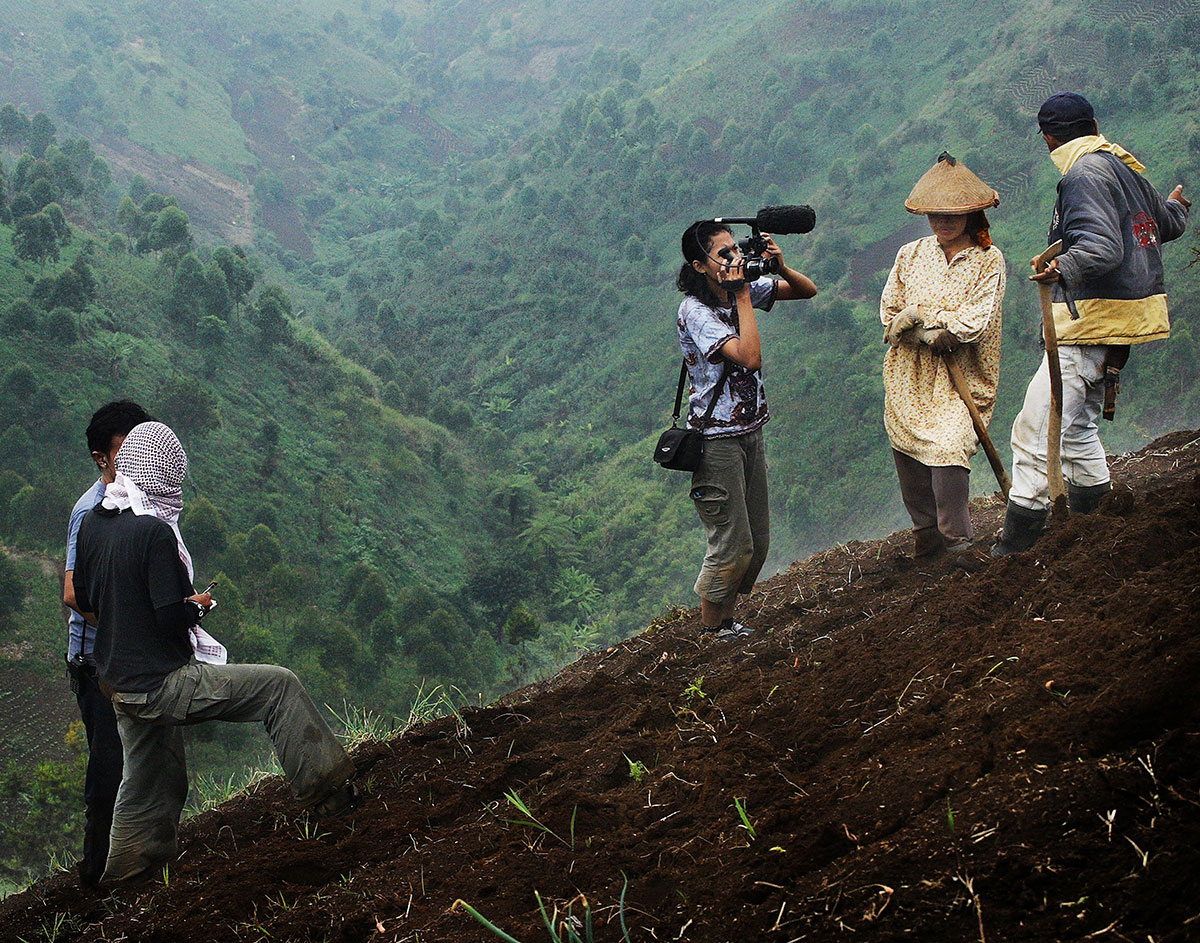 (Berkeley, CA) Thursday, October 19, 2017—The Global Lives Project, a unique video library that presents life experiences from cultures and communities around the world, receives a major exhibition at the University of California, Berkeley during the 2017-18 academic year. Created by UC Berkeley faculty member and alumnus David Evan Harris, the project is being presented in Berkeley as a multivenue video installation at four campus institutions: the UC Berkeley Art Museum and Pacific Film Archive (BAMPFA); CITRIS and the Banatao Institute Tech Museum; the Phoebe A. Hearst Museum of Anthropology; and the Center for Social Sector Leadership at the Haas School of Business.

Throughout the academic year, each of these venues hosts an installation displaying excerpts from the Global Lives library, which captures the diversity of human experience through real-time, twenty-four-hour videos of individuals’ lived experiences across more than 17 countries. The project was conceived by Harris and realized by a global collective of filmmakers and volunteers, with the goal of sparking discussion and reflection about the range of cultures, ethnicities, languages, and religions present in the modern world.

Following its 2016 presentation at the Film Society of Lincoln Center—where excerpts from the project screened as an official selection at the New York Film Festival—the Global Lives Project is being displayed at UC Berkeley in multiscreen installations that are distinct to each of its four campus venues. Exhibition dates for each location follow below:

“Global Lives challenges audiences to reflect deeply about their place in the world and the moral and ethical responsibilities that come with that. This aligns closely with UC Berkeley’s commitment to intellectual inquiry and global perspective,” said Harris, who launched the project in 2004. “As a Berkeley alumnus and a faculty member, it is extraordinarily gratifying to see Global Lives being exhibited here, crossing disciplinary boundaries and engaging students in ever-more critical questions about race, class, culture, gender and inequality.”

October 26, 2017, 6 p.m. The Phoebe A. Hearst Museum of Anthropology will host a talk by Jason Price, who directed a Global Lives video shoot in Malawi and is an anthropology Ph.D. candidate at Berkeley. Jason and David Harris will then discuss the relationship between the Global Lives Project and the fields of anthropology, ethnographic film, documentary, art, and education; the event is free with museum admission.

December 3, 2017,  2 p.m. The UC Berkeley Art Museum and Pacific Film Archive (BAMPFA) hosts a panel discussion with David Harris and three of his Global Lives collaborators, which includes screenings of additional excerpts from the project; the event is free with BAMPFA admission.

April 21, 2018  CITRIS and the Banatao Institute’s Tech Museum in Sutardja Dai Hall will be open for Cal Day for self-guided tours of the Global Lives project. Free admission.

The Global Lives Project exhibit at Berkeley is made possible with support from the National Endowment for the Arts, David Eckles Fund for Diversity and Social Impact, Adobe Foundation, Jacob L. and Lillian Holtzmann Foundation, and more than 500 individual donors. The BAMPFA presentation is organized by Director and Chief Curator Lawrence Rinder; The CITRIS and the Banatao Institute presentation is organized and designed by CITRIS Tech Museum Curator and CITRIS Invention Lab Manager Daniel Chapman. The campus-wide exhibit was produced by Daniel Chein with a team of undergraduate students and the support of the American Cultures Center and the Office of Undergraduate Research & Scholarships.

Behind the scenes with the Global Lives Project in Indonesia, 2008. Photo: Antonius Riva Setiawan.

Free for all UC Berkeley students, faculty, and staff; 18 & under

A portion of the Global Lives Project Presentation is on view for free, 24/7, in the lobby of Kroeber Hall.

Tech Museum admission is free. The museum is located on the third floor of Sutardja Dai Hall.

The institution’s collection of more than 19,000 works of art dates from 3000 BCE to the present day and includes important holdings of Neolithic Chinese ceramics, Ming and Qing Dynasty Chinese painting, Old Master works on paper, Italian Baroque painting, early American painting, Abstract Expressionist painting, contemporary photography, and Conceptual art. BAMPFA’s collection also includes more than 17,500 films and videos, including the largest collection of Japanese cinema outside of Japan, impressive holdings of Soviet cinema, West Coast avant-garde film, and seminal video art, as well as hundreds of thousands of articles, reviews, posters, and other ephemera related to the history of film.

About CITRIS and the Banatao Institute

The Center for Information Technology Research in the Interest of Society (CITRIS) and the Banatao Institute drive interdisciplinary innovation for social good with faculty researchers and students from four University of California campuses – Berkeley, Davis, Merced, and Santa Cruz – along with public and private partners.

About The Phoebe A. Hearst Museum of Anthropology

We are anthropologists, educators and researchers, motivated by a passion for preserving stories today in order to make new connections tomorrow. Founded in 1901, the Phoebe A. Hearst Museum of Anthropology is dedicated to the study of cultures from yesterday and today, both near and far. Today, the Museum contains an estimated 3.8 million objects from California and around the world, as well as extensive documents, photographs and film recordings. In this capacity we continue a legacy of enrichment and education, functioning as a research unit for the University of California, Berkeley supporting scholarly discovery and community-based research.The Hearst Museum’s mission is to steward a vast collection of objects spanning the infinite breadth of human cultures for the advancement of knowledge and understanding. We promote the tools of humanists and social scientists, encouraging people to reflect on alternative perspectives, connect with others, and take action for positive change.About the Center for Social Sector Leadership (CSSL) at the Haas School of Business

CSSL is defining a new generation of business leaders, a generation that understands and values the crucial role that nonprofit and public institutions play in the world's increasingly collaborative economy. Whether students seek to consult with social sector organizations, found a social enterprise, become effective philanthropists, lead through board governance, or pursue a career in the sector, the Center provides the leadership education to help them succeed.