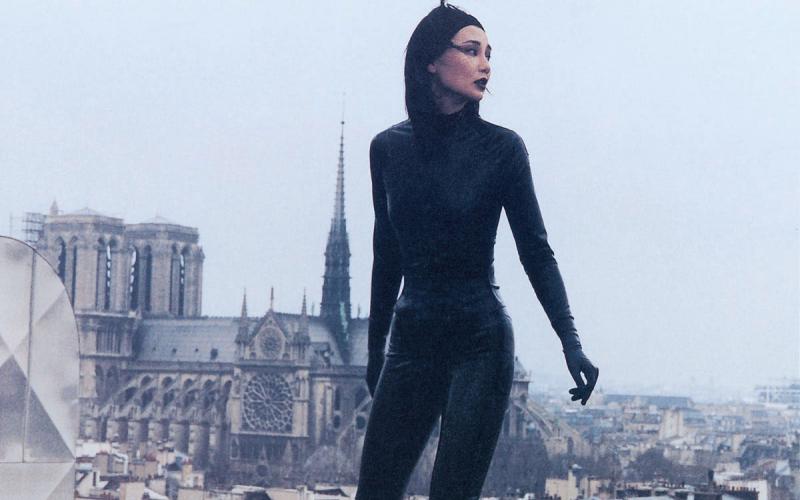 Are you in the mood for love? So are we. We're also in the mood for Maggie Cheung, and you'll find plenty of both on our just-announced film calendar for November and December. Our Maggie Cheung series kicks off November 3 with Irma Vep, and continues through December 16 with more than a half dozen of the prolific actress's best films. We're also showcasing film as a visual art form in The Art of Cinematography, highlighting little-seen works from around the globe that have just entered the BAMPFA collection thanks to a wonderful donation of films from the Global Lens Initiative, celebrating the contributions of Gordon Parks to cinema, and exploring the astonishing richness (and subversiveness) of seventy years of masterful Polish animation.

Come here often? Members save $5 on every film ticket (so you can see about 40 percent more films)!

In Focus: Filmmakers on the Language of Cinema (November 1–15)
Filmmakers Peter Mettler, Emiko Omori, and Elliot Davis shed light on the distinctive visual language of cinema in this lecture/screening series.

Afterimage: Peter Mettler (November 1–5)
Mettler joins us to discuss his evocative films, which use the imagistic quality of cinema to express metaphysical concerns.

In the Mood for Maggie Cheung (November 3–December 16)
Moving effortlessly between genres and languages, this iconic contemporary actress imbues each of her characters with uncommon wit, strength, and grace.

A Choice of Weapons: The Films of Gordon Parks (November 3–December 1)
In conjunction with the exhibition Gordon Parks: The Making of an Argument, this series presents profound insights into African American life from the time of slavery into the 1980s.

The Art of Cinematography (November 5–December 29)
Revel in cinema as a visual art with this international lineup of celebrated classics and lesser-known discoveries.

What's a Human Anyway? Films From the Global Lens Collection (November 11–December 21)
From Tajikistan to Uruguay, Mali to Vietnam, these films offer perspectives on human experience that are both distinctly local and universal.

Polish Animation: 70 Years (December 3–20)
This survey ranges from the subversive experiments of the Soviet era to the surreal, comic, and lyrical works of Polish animators today.