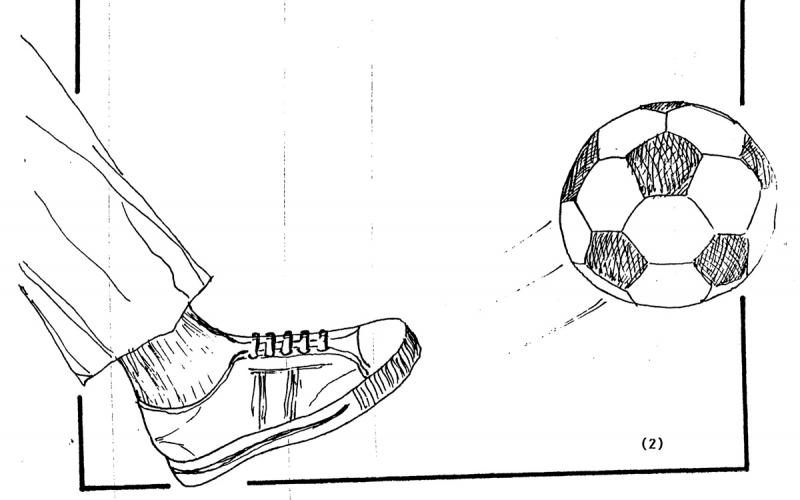 Coinciding with the launch of our five-month film retrospective Abbas Kiarostami: Life as Art, this post examines the simple yet beautiful graphics from the early press kits for Kiarostami’s films, as well as some examples from his later works. 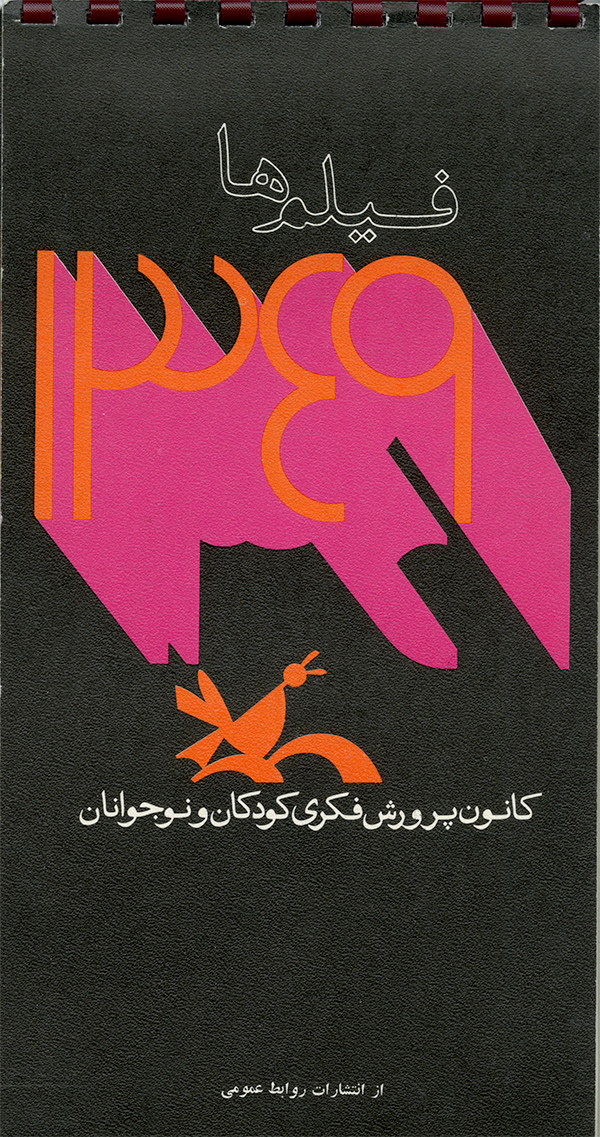 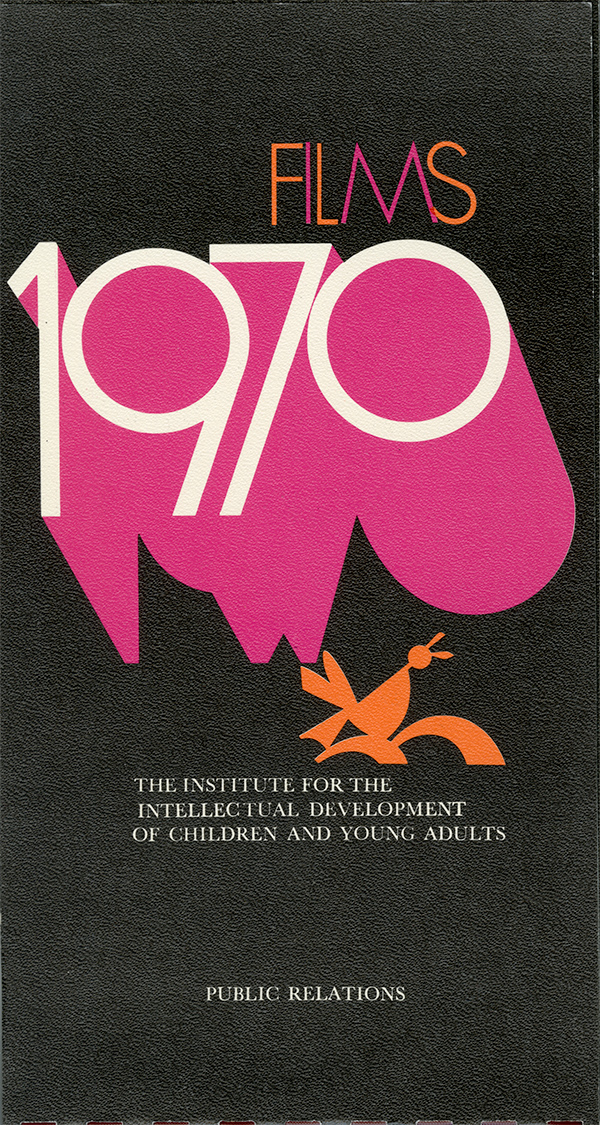 Born in 1940, Kiarostami joined Iran’s Institute for the Intellectual Development of Children and Young Adults (aka Kanoon) in 1968, where he helped establish a filmmaking department. BAMPFA has two very rare booklets published by Kanoon in its earliest days, including this fancifully designed 1970 edition. 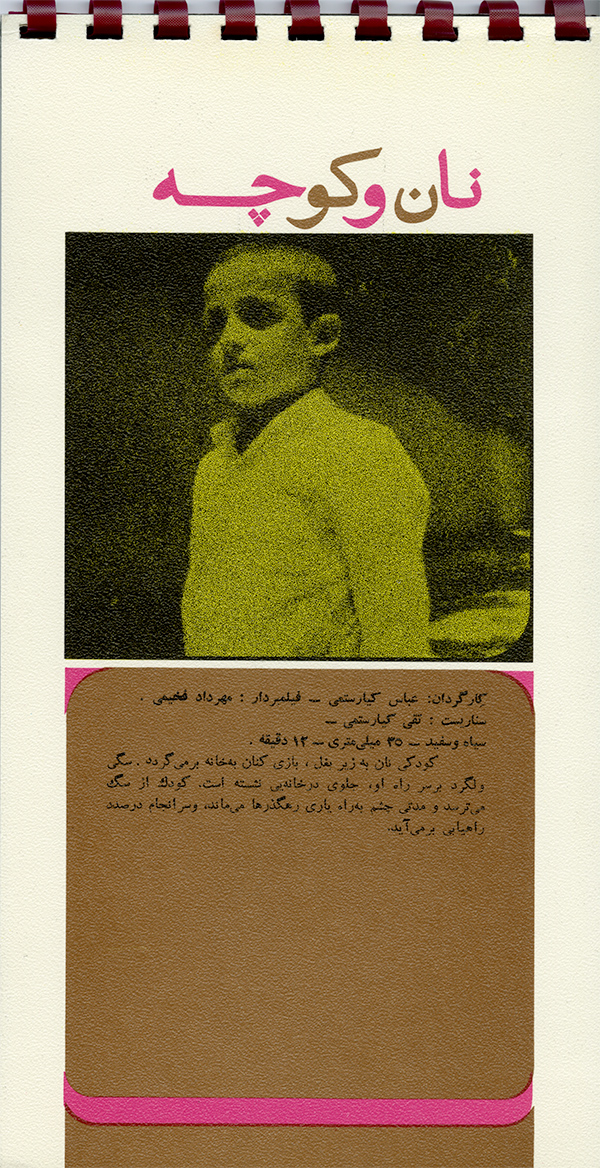 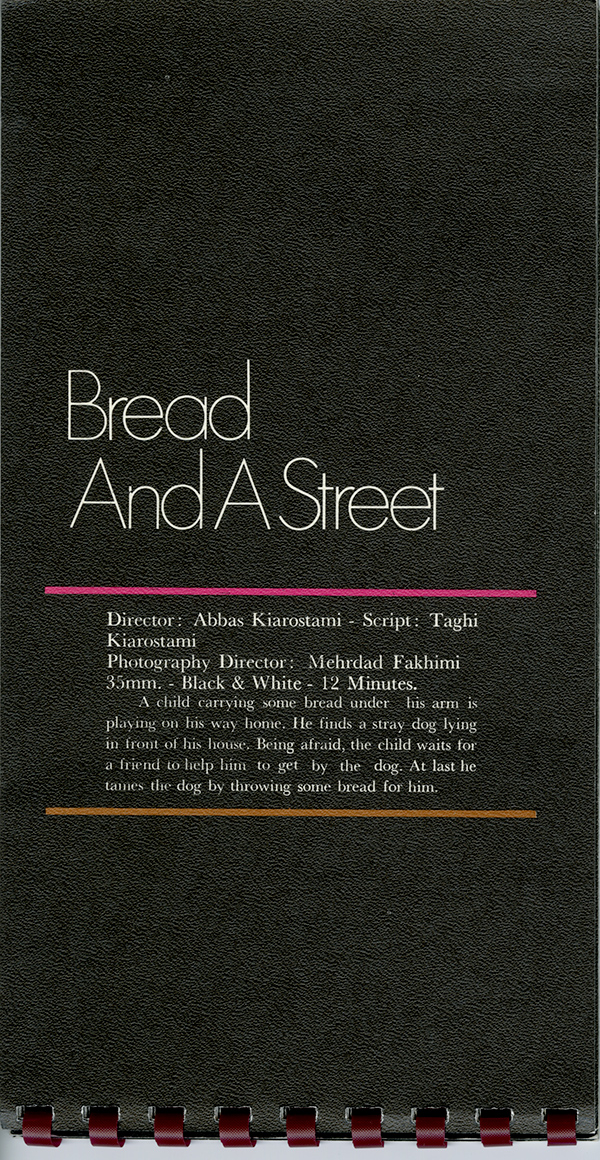 This 1970 edition includes Kiarostami’s first film, Bread and Alley (a.k.a. Bread and A Street). These pages mark the first time a Kiarostami film is ever described in print. 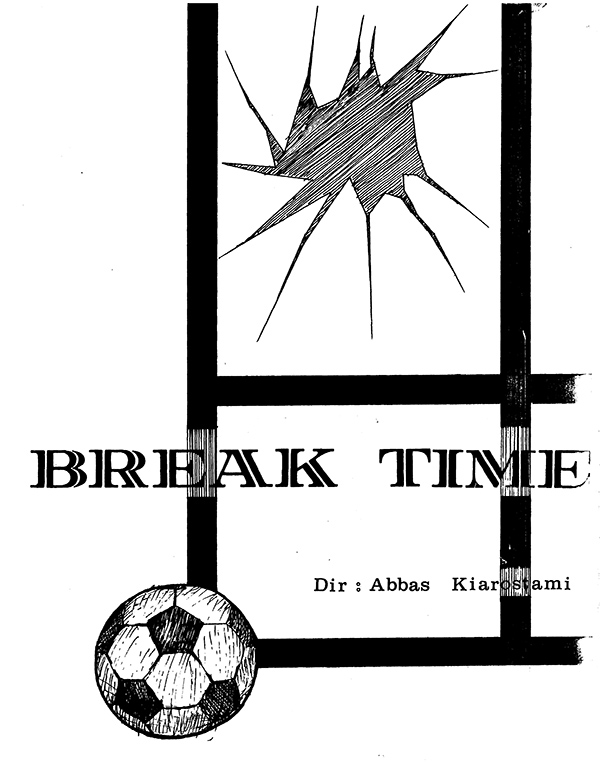 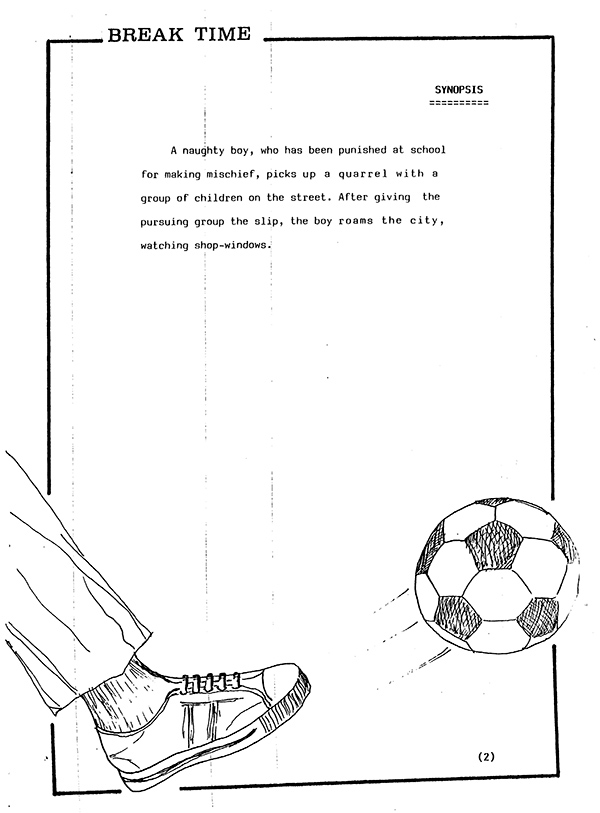 Unassuming, almost charcoal-like sketches form the spare yet evocative graphics of future Kiarostami press kits, as designed by the Farabi Cinema Foundation, the main post-Revolution promoter of Iranian cinema to the outside world. (For a fascinating look at Farabi’s complicated role as protector, hinderer, cultivator, and censor of Iranian film culture, see Shiva Rahbaran’s 2016 book Iranian Cinema Uncensored, which features interviews with Kiarostami, other filmmakers, and Farabi’s former leader, Mohammad Beheshti). BAMPFA has several Farabi press kits in its collection, including this one for Kiarostami’s next short, 1972’s Breaktime.
See the full document for Breaktime

Solution and Through the Olive Trees 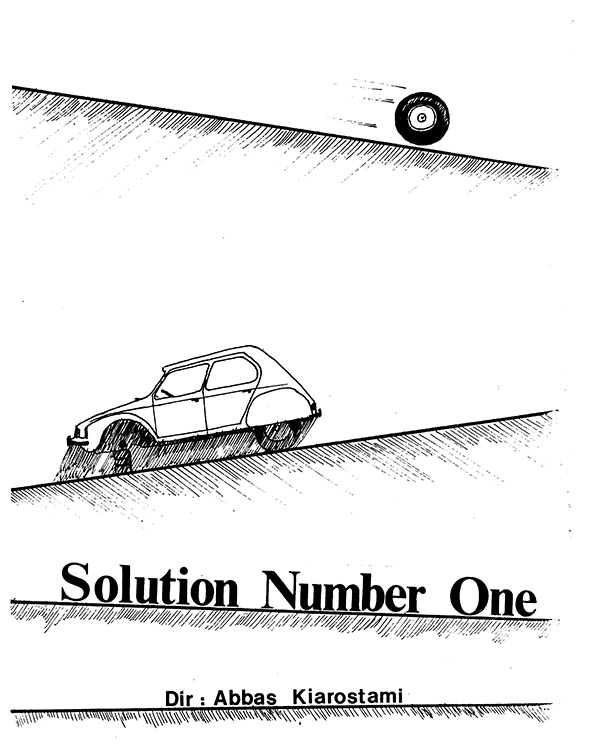 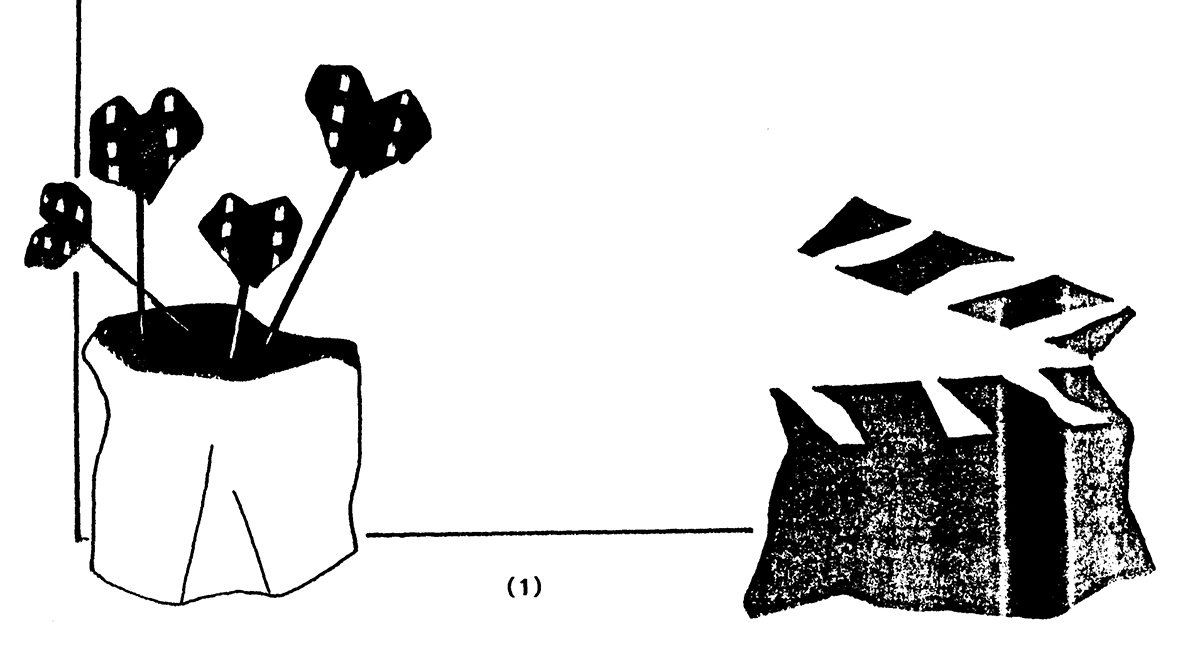 Kiarostami’s droll 1978 road movie Solution (or Solution #1) gets a similarly absurdist graphic, while the quietly suggestive image of flower-like hearts in a vase and a filmmaker’s clapboard repeat through every page of the press kit for one of his first classics, Through the Olive Trees.
See the full document for Solution
See the full document for Through the Olive Trees 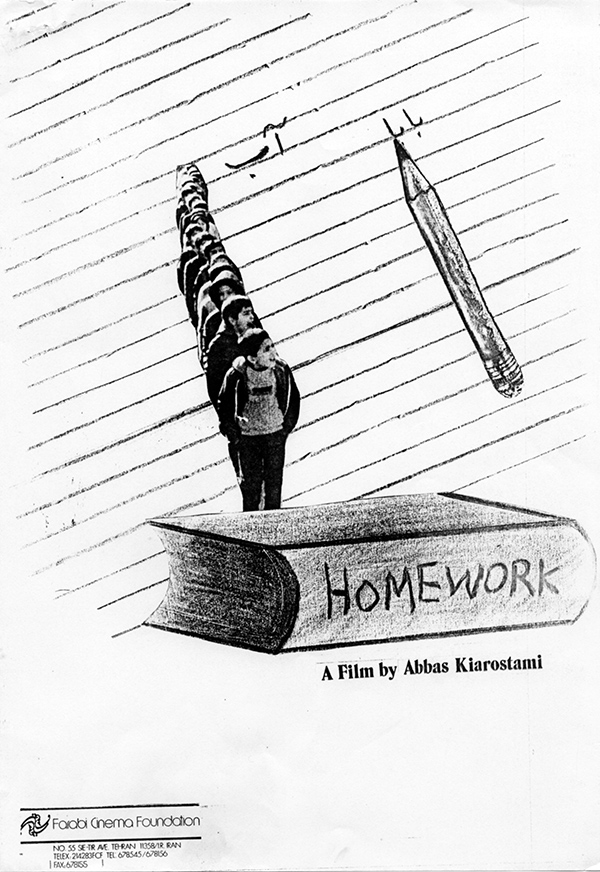 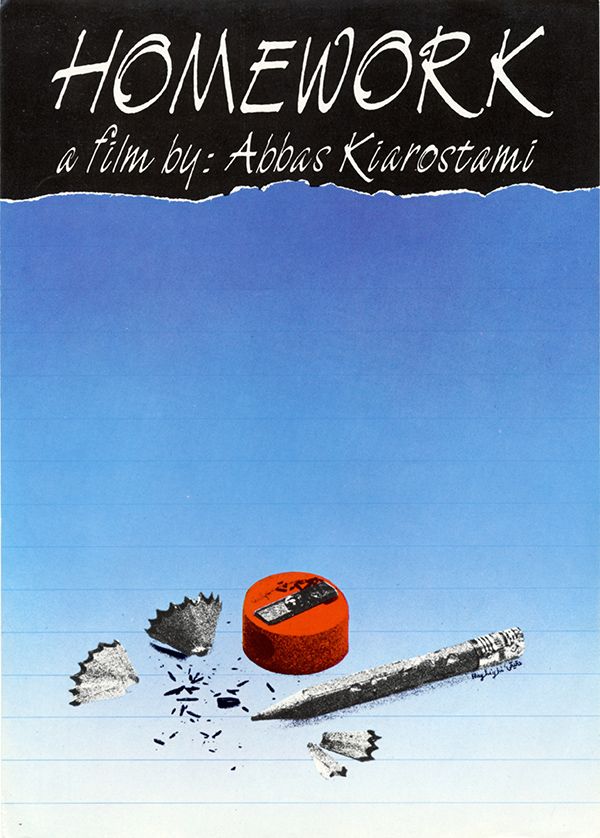 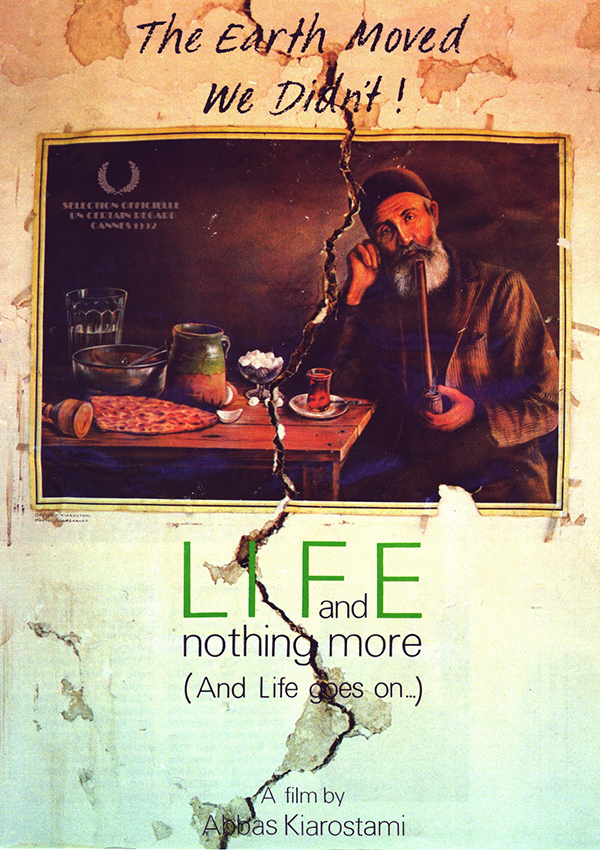 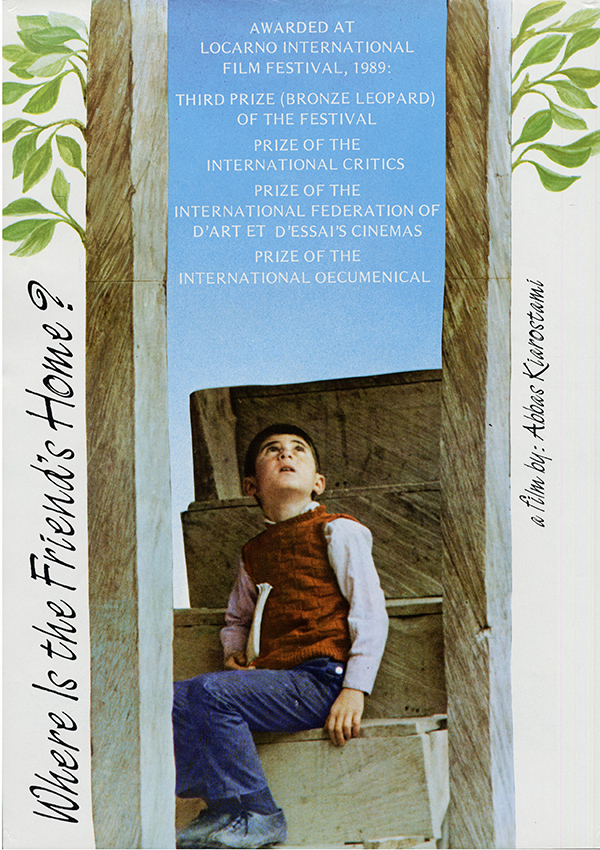 Handled by global companies such as MK2 Productions or Celluloid Dreams, the press kits for Kiarostami’s late-career works were far glossier, in-depth, and more well-financed than those for his Iranian productions, boasting glossy stills, interviews with stars, and behind-the-scenes snapshots. Here are two samples, both drawn from our collection: Certified Copy, featuring an interview with Juliette Binoche on Kiarostami, and Like Someone in Love, with the thoughts of critic / cineaste / programmer Pierre Rissient.
See the full document for Certified Copy
See the full document for Like Someone in Love 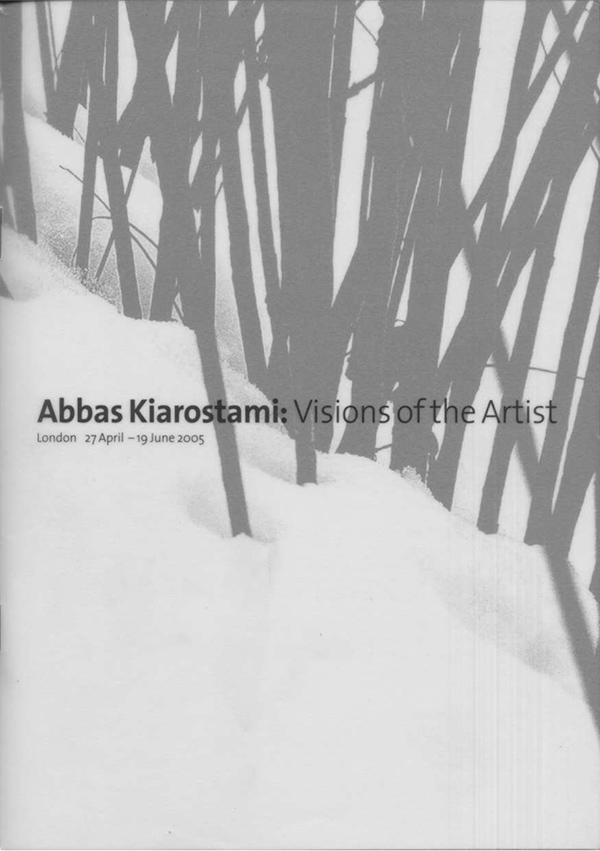 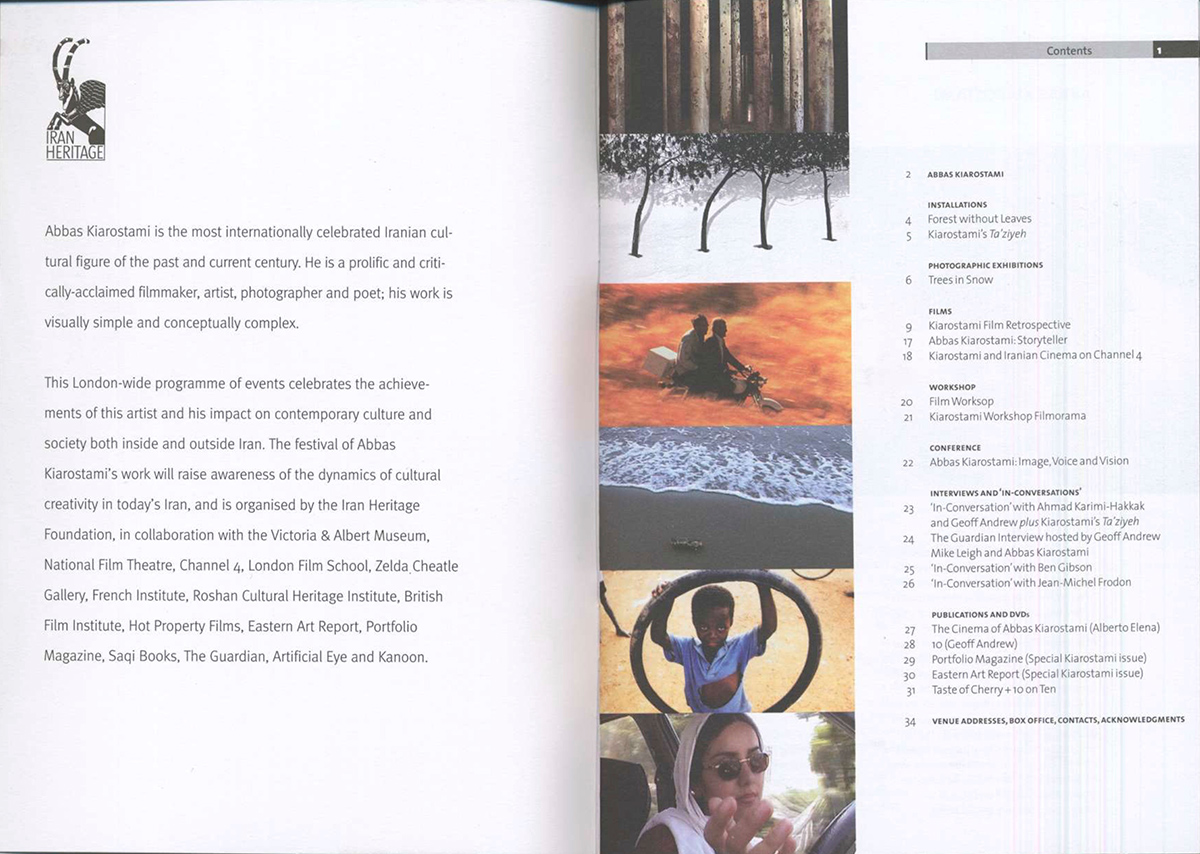 A final piece from the BAMPFA collection is this 38-page booklet from the BFI, Abbas Kiarostami: Visions of the Artists. Critical essays, thoughts from the director, and shots of his photography make this an essential piece, and a wonderful companion to our series.
See the full document

The BAMPFA Film Library & Study Center is open Wednesday through Friday from 1 to 5 PM, or by appointment.