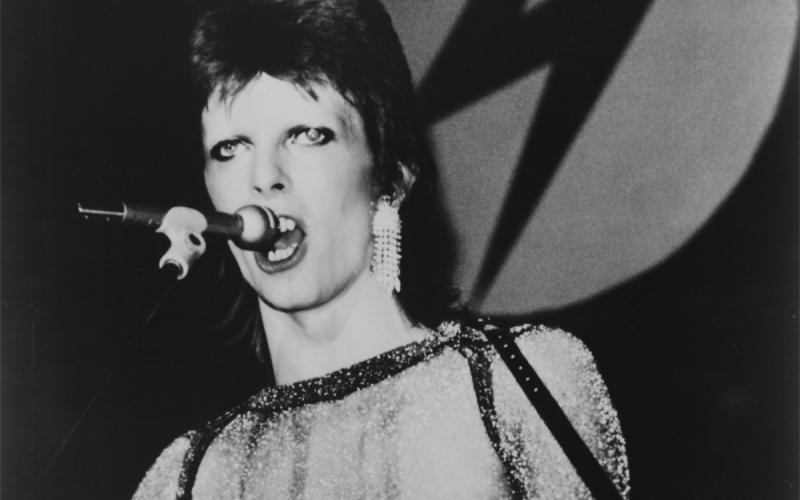 Ziggy Stardust and the Spiders from Mars screens August 16 as part of the series It's Only Rock 'n' Roll.

This summer at BAMPFA is all about revolution, with a season of films that push boundaries, provoke dialog, and shake up social and artistic conventions. And it all starts with a rock ’n’ roll soundtrack!

It’s Only Rock ’n’ Roll headlines our summer film season, bringing some of history’s greatest rock movies to BAMPFA’s screens—both indoors and out. Come see Elvis, Bowie, the Rolling Stones, Talking Heads, and other rock legends kick off the summer with a bang and a beat. The revolution continues with Cine Manifest: A Radical 1970s Film Collective, spotlighting the unsung legacy of a group of Bay Area filmmakers that invented a new kind of leftist cinema born of California’s counterculture vibes. And it doesn’t get much more radical than Against Authority: The Cinema of Masaki Kobayashi, a retrospective of the enfant terrible of Japanese cinema, who defined his films as “resisting entrenched power” in all its forms.

Two other radical innovators get their own surveys at BAMPFA this summer: Orson Welles, who shattered the conventions of American cinema (at the age of twenty-five!) with Citizen Kane; and Julio Bracho, who kicked off a bold new wave of Mexican cinema in the 1940s and 1950s. For a radically weird look at American society during that period, try a visit to Fritz Lang’s America, a series of films made by the brooding German auteur after he immigrated to Hollywood during WWII. And in an industry where women are still wildly underrepresented behind the camera, we celebrate the radical achievements of Women Cinematographers who have produced some of the most memorable images in modern cinema.

Speaking of celebrations, happy birthday to Jean-Pierre Léaud! It’s hard to believe the eternally young poster child of the French New Wave has turned seventy-five, but to mark the occasion we’ve assembled a retrospective of some of the actor’s finest work. And we end the summer with the fond farewell to another ageless talent: Abbas Kiarostami, the celebrated master of Iranian cinema, who passed away in 2016. Starting on August 2, BAMPFA launches a five-month tribute to the beloved auteur with a monumental retrospective of all his extant films.

Want to learn more? Check out our complete summer line-up below, which includes limited engagements, family matinees, and more. And if you plan to spend time at BAMPFA this summer, remember that a membership will save you up to $5 on every regular-price film ticket.

Against Authority: The Cinema of Masaki Kobayashi (July 20–August 18)

Movie Matinees for All Ages