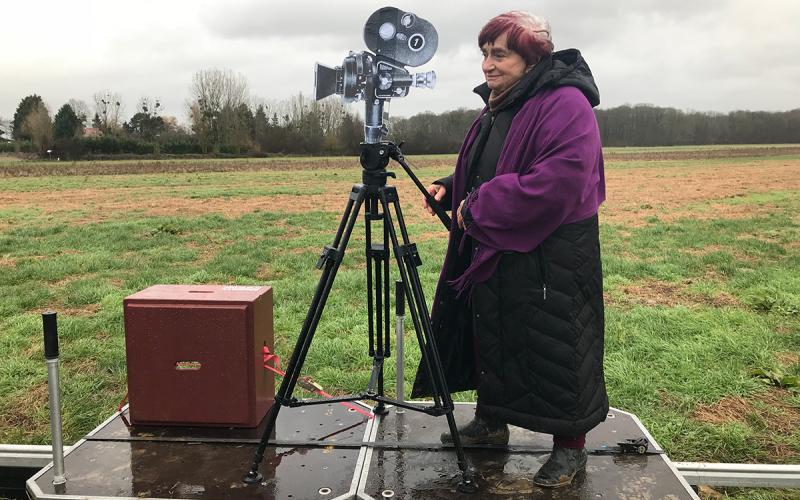 Vive la Varda! That’s our motto at BAMPFA this winter, which brings a spectacular new film season headlined by the late, great director of such classic French films as Cléo from 5 to 7 and Vagabond. Agnès Varda: An Irresistible Force is copresented with SFMOMA and is the first major retrospective of Varda’s work since her death last March. BAMPFA’s series begins with four advance screenings prior to the Bay Area theatrical run of her final film, the tender and illuminating documentary self-portrait Varda by Agnès.

The celebratory vibe continues with our centennial tribute to Federico Fellini, the Italian maestro who became a central figure in the international art cinema movement of the 1950s and ’60s. Fellini created a dazzling new Italian cinema of fantastical imagery, baroque flamboyance, and emotional tenderness. BAMPFA’s five-month Fellini retrospective offers filmgoers a chance to see all of the director's films and will feature a dedicated In Focus lecture/screening series. Federico Fellini at 100 is copresented with Luce Cinecittà and is the first US installment in the Federico Fellini 100 tour, a series of centennial tributes that will travel to museums and film institutions worldwide. Here in the Bay Area, we are pleased to partner with the Italian Cultural Institute San Francisco and Cinema Italia, who will present a one-day Fellini celebration at the Castro Theatre on March 7.

From the European buoyancy of Fellini and Varda, our winter season takes a dark left turn into the singular mind of one of America’s homegrown auteurs: David Lynch. Recently anointed with an honorary Oscar, the director of such cult classics as Eraserhead, Blue Velvet, and Mulholland Drive has spent the past four decades advancing a vision of the world that blends influences of Surrealism, film noir, psychodrama, soap opera, and science fiction into something wholly original and strange. Don’t miss this rare chance to see Lynch’s “dreams of dark and troubling things” on the big screen.

Back in the waking world, our winter series Perspectives on History: Romanian Cinema surveys the past thirty years of one of Eastern Europe’s most vibrant national cinemas, which continues to produce provocative features and documentaries that grapple with Romania’s turbulent history. Viewers can further broaden their global horizons with the return of our annual Documentary Voices series, which brings distinctive examples of nonfiction filmmaking to BAMPFA’s screen. We’re very pleased to welcome back BAMPFA’s longtime friend, the distinguished film critic and historian J. Hoberman, who will present two nights of films related to his latest book Make My Day: Movie Culture in the Age of Reagan. And we close out our five-month retrospective of Abbas Kiarostami, ending with his late-period features and independent productions—including the Iranian master’s foray into international filmmaking in Europe and Japan.

All this—plus our reliable cornucopia of limited engagements and family matinees—makes for a rich and exciting season of cinema. Check out our full line-up below, and don’t forget that BAMPFA members get reduced ticket prices to all our screenings!