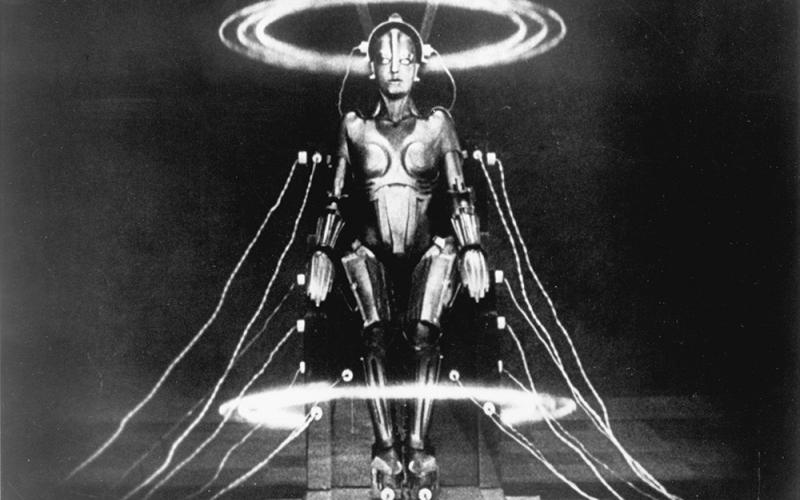 BAMPFA’s winter film season takes us on a kaleidoscopic spin through the history of world cinemas, bringing to screen beloved classics and underseen gems by great directors of the past and present. Our new season begins with a deep dive into German Expressionist cinema, anchored by the incomparable genius of Fritz Lang—a Berlin-to-Hollywood expat who directed such strange and provocative classics as Metropolis, Spies, and M. We also showcase the singular vision of Jiří Trnka, a Czech puppeteer, fabulist, and sly social commentator whose stop-motion animations have inspired the filmmakers of Pixar and many others. And bibliophiles get a special treat this season with our look at Writing for Cinema, which brings an all-star cast of literary luminaries to BAMPFA, including Michael Ondaatje, Joseph McBride, David Thomson, and James Ivory—the last of whom joins us, fresh off his Oscar win last year, for a focused survey of his work.

Elsewhere in the season, BAMPFA throws open the doors of our archives to bring you two series that showcase the glory of 35mm celluloid projection. Japanese Film Classics from the BAMPFA Collection presents the greatest hits of BAMPFA’s world-renowned Japanese cinema holdings—the largest collection of its kind outside Japan. Winter also sees the return of our Out of the Vault series, screening work by Bay Area avant-garde luminaries including Frank Stauffacher, Warren Sonbert, and Nathaniel Dorsky. Also returning is our annual Documentary Voices series, focused on the very best nonfiction cinema from around the globe.

At the core of BAMPFA’s new season are three contemporary directors who are redefining cinematic storytelling in the twenty-first century. Jia Zhangke is a leading voice of contemporary Chinese film, deftly capturing the individual stories behind his country’s rapid transition to modernity. Arthur Jafa—whose work appears in our galleries as part of the MATRIX program for contemporary art—also joins us in person for screenings of experimental films that explore his interest in race in America. And we’re excited to celebrate the humanistic, philosophically nuanced work of film festival favorite Mia Hansen-Løve, who visits BAMPFA for a weeklong residency in January.

And you didn’t think we forgot about Ingmar Bergman, did you? We’re closing out our yearlong blockbuster centennial of the towering Swedish auteur with a reprise of some of his greatest hits, including Fanny and Alexander, Scenes from a Marriage, and Persona.

All this and more to come at BAMPFA in the months ahead—so be sure to sign up for a membership that saves you $5 on every regularly priced film ticket. And if you’re looking for a place to talk about BAMPFA movies with your fellow film lovers, join the BAMPFA CineSalon on Facebook!