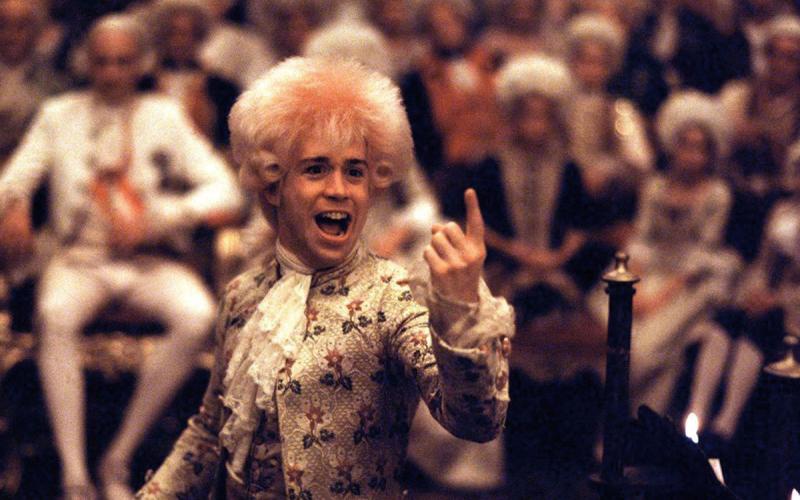 It’s shaping up to be an A-list summer at the movies, and we’re not just talking about a certain Marvel Comics franchise. Here at BAMPFA, we’re celebrating a different kind of dream team with a roll call of some of cinema’s most iconic auteurs: Antonioni, Becker, Kaurismäki, Tanner, Tarkovsky, and of course the great Ingmar Bergman—whose centennial jubilee rolls on all summer long. And like any great summer blockbuster, we’ve got a luminous leading lady (Greta Garbo), some dazzling action sequences (A Touch of Zen), and a killer score (Early Music on Film).

There’s plenty more where that came from, so take a look at our newly announced film calendar and spread the word! And if you love movies, don’t forget that members save $5 on every film ticket. Click here to learn more.

Bergman 100: A Summer Interlude (June 1–July 15)
Our yearlong celebration of the beloved Swedish auteur continues this summer with a look at his early breakthrough films from the 1950s—including such classics as Summer with Monika, Smiles of a Summer Night, and Wild Strawberries. And don’t sleep on our sidecar series Bergman 100: An Emerging Style, showcasing rare early films by Bergman in our intimate salon-style screening room.

Early Music on Film (June 2–16)
In partnership with the Berkeley Festival & Exhibition—the East Bay’s premier festival of Medieval, Renaissance, Baroque, Classical, and Romantic music—we’re celebrating some of the most exquisite presentations of early music in cinema. Acclaimed classics like Amadeus and Barry Lyndon screen alongside lesser-known gems like the Armenian epic The Color of Pomegranates, documentaries, and staged operas.

The Luminous Legacy of Greta Garbo (June 7–July 13)
The most enigmatic star of early Hollywood, Greta Garbo cultivated an elusively elegant persona—onscreen and off—that remains iconic to this day. Our retrospective of Garbo’s legacy includes her silent-era collaborations with the great Clarence Brown, as well as later works like the rolicking screwball comedy Ninotchka.

Michelangelo Antonioni (June 15–August 31)
Complementing our ambitious retrospective of Ingmar Bergman is a series of films by an equally towering figure of midcentury European cinema: Michelangelo Antonioni, the Italian maestro whose brooding meditations on human frailty launched a new era of cinematic modernism. A contemporary and rival of Bergman’s who died on the same day in 2007, Antonioni was celebrated for his formal rigor and ambiguous narratives in films like L’Avventura, Red Desert, and Blow-Up.

Aki Kaurismäki: Films from the Other Side of Hope (July 6–August 5)
Inspired by last year’s indie darling The Other Side of Hope, BAMPFA celebrates the work of its irascible director Aki Kaurismäki, the most highly regarded filmmaker of contemporary Finnish cinema. Kaurismäki’s portraits of life at the margins of contemporary Western society are equal parts deadpan comedy, biting social commentary, and soulful humanism.

Jacques Becker (July 12–August 31)
Complementing our limited engagement of Bertrand Tavernier’s My Journey Through French Cinema, BAMPFA presents a retrospective of one of Tavernier’s favorite French directors: Jacques Becker. A multitalented genre artisan known for his warm-hearted depictions of working-class Paris, Becker amassed a string of critically acclaimed films that inspired a generation of younger French directors—including French New Wave filmmakers like Jean-Luc Godard, who cited him as an important influence.

Subtle Subversion: The Films of Alain Tanner (July 26–August 19)
Champion of dreamers and dropouts, radicals and disaffected youth, Alain Tanner helped put Swiss cinema on the map with stories that captured the zeitgeist of Europe’s political protest movements during the 1960s and ’70s. Rarely seen in the United States, Tanner’s films screen at BAMPFA throughout the summer in sparkling 35mm prints.

Andrei Tarkovsky: Sculpting in Time (August 4–30)
A groundbreaking Soviet auteur, Andrei Tarkovsky battled decades of government censorship to produce a stirring body of work that Bergman himself described as “the greatest . . . a new language, true to the nature of film, as it captures life as a reflection, life as a dream.” BAMPFA closes its summer film season with a look at Tarkovsky’s haunting and profound masterworks, which range from historical epics (Andrei Rublev) to genre-bending science fiction (Solaris).