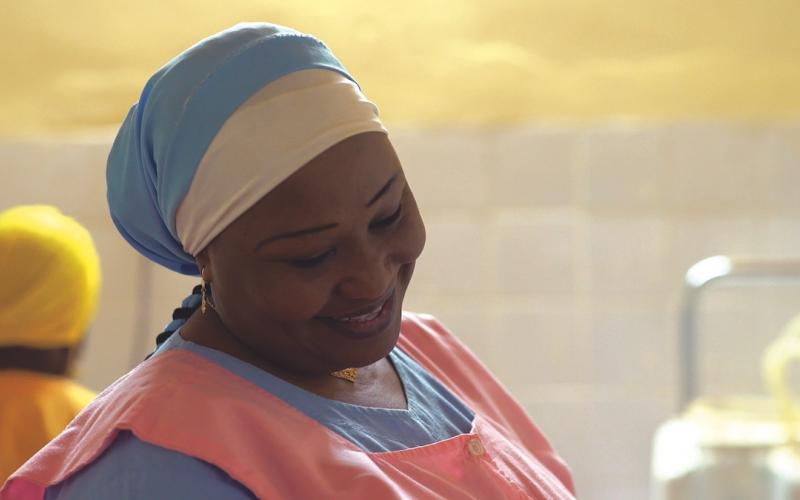 Aïcha Macky's The Fruitless Tree screens May 1 as part of the African Film Festival 2019.

It’s been a little chilly in Berkeley this week, but spring is just around the corner—and we’ve put together a colorful spring film season that will sweep away the winter blues. It starts with a pair of series celebrating artists: Painters Painting presents a selection of exceptional films about great painters and their work (a perfect complement to our new Hans Hofmann retrospective opening later this month). This illuminating series opens alongside BAMPFA’s focus on the cinema of German filmmaker and visual artist Ulrike Ottinger, who joins us in person for a retrospective of her haunting and beautiful films and to present the prestigious Mosse Lecture. One of Ottinger’s leads gets a retrospective of her own this season in Delphine Seyrig: Resistant Muse, showcasing the work of an incomparable actor and feminist icon.

BAMPFA is pleased to announce the return of the annual African Film Festival, with masterful films from Senegal, Burkina Faso, Zambia, Niger, and elsewhere. We also celebrate the legacy of Nelson Pereira dos Santos, the iconic Brazilian director who helped establish Latin American cinema as a global force. In conjunction with our current exhibition Boundless: Contemporary Tibetan Artists at Home and Abroad, we offer a glimpse into the emerging cinema of Tibet with a survey of films by Pema Tseden, “the most important independent Tibetan filmmaker now working in China” according to Cinema Scope. And speaking of important directors, we’re on #TeamShoplifters this Oscar season, which brings an Academy Award nomination for the sensitive family drama by Hirokazu Kore-eda—a perfect occasion for a retrospective of work by the acclaimed Japanese auteur. One of our favorite guest presenters, film historian Marilyn Fabe, will lead a seven-week Wednesday afternoon lecture-screening series, In Focus: Hirokazu Kore-eda, which we’ll follow later in the season with a series of reprise screenings of the films alone.

Closer to home, the Black Aesthetic, a Bay Area collective dedicated to the illumination of Black visual culture, has spent the past few months exploring our film vault. They’ve unearthed a trove of treasures for Black Interiors, a three-installment program in our Out of the Vault series. Other gems can be found in Documentary Voices, which continues into the spring with films set in Mexico, China, Portugal, and towns across the United States, with Susana de Sousa Dias giving this year’s Les Blank Lecture. In late March, BAMPFA partners with the GLAS Animation Festival, giving local audiences the opportunity to see films by two exciting animators—Australia’s Dennis Tupicoff and Chicago’s Jim Trainor. Finally, we have a varied lineup of newly announced Limited Engagements and Special Screenings to round out the season, including two evenings of student films. See the full season schedule below:

If you come here often, remember that a membership will save you up to $5 on every regularly priced film ticket. And if you’re looking for a place to talk about BAMPFA movies with your fellow film lovers, join the BAMPFA CineSalon on Facebook and share your thoughts!